Love it or loathe it, everyone tends to have an opinion about Chamonix. Many argue that it’s the capital of Alpine sport, with its position next to Mont Blanc, awe-inspiring scenery, a beautiful town, the Vallée Blanche, off-piste terrain to test the very best and the Grands Montets in Argentière. They’ll tell you the nightlife rocks, there are plenty of good restaurants, things to do all year-round and it’s just over an hour from Geneva airport. In short, why go anywhere else??? 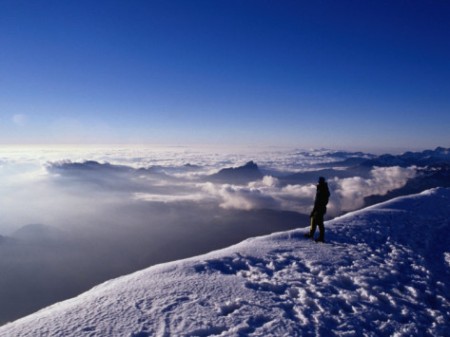 Sadly, there are drawbacks. Chamonix’s skiing does favour more advanced skiers. Beginners might feel left out. It is also disjointed, made up of a series of smaller bus-linked resorts; getting about can be a right pain if you’re without a car.

It is very popular, so traffic can be terrible, while lift queues still vex the most relaxed (notably the top half of the Grands Montets cable car). It is also expensive, with shopping nearly toppling skiing as the favourite pastime, plus a lot of the skiing requires a guide (most of whom are excellent).

Even so, Chamonix is one of the great resorts, one that attracts the best skiers – people who really want to challenge themselves. It retains a special aura – one that only a few resorts in the world manage to create. If you want the thrill of pushing yourself to the limits, go to Chamonix – hang out with the pros and the bums, see some of the best skiing and boarding around and, best of all, boast to your friends about skiing on ‘real mountains’.

Chamonix itself was once a small village but has grown steadily as the surrounding mountains (the most famous of which is Mont Blan) attract more and more visitors. It now measures about 2 mls by ½ ml with a permanent population of around 10,000. Much of the development is sensitive to the region, although the town centre is rather commercialised, you can still conjure up its village origins in the cobbled streets of the extensive pedestrianised area around the central square. It is a popular year-round base and its size and valley location mean it can get excessively crowded in high season (Jan to March and July to Aug); it is generally quiet mid to late spring and mid to late autumn.

Chamonix is situated in E France, 3 mls N of Mont Blanc tunnel, 20 mls N of Swiss border, 21 mls E of Megeve, 62 mls SE of Geneva (Switzerland) and its airport, 80 mls NW of Turin (Italy) and its airport. Chamonix lies roughly SW to NE along a long, fairly wide valley with high slopes on either side, many wooded at the lower levels and set far enough back to allow plenty of sunshine. Magnificent Mont Blanc towers above town.
Sophisticated and expensive, Chamonix attracts a high proportion of well-heeled visitors from USA, Japan and Europe. Plenty to keep intermediate and advanced skiers happy; not best suited to beginners.

Chamonix has a huge network of lifts but quite spread out, being on opposite sides of town. Principal lifts are the Brevent gondolas and the Aiguille du Midi cable car, which offers cross-border excursions into Courmayeur (Italy) or the 12-ml descent down the Vallee Blanche Glacier (not for the squeamish).

Some outlying villages, including Argentiere, have their own lifts. Nursery drag-lifts can be found at Le Savoy, below the Brevent peak, and at Les Planards, adjacent to the toboggan run. A number of small ski-schools exist, but the biggest is the Ecole de Ski Français (ESF); it can be found in the town centre, but instructors usually come to hotels daily to arrange classes. All have English-language instruction.

Accommodation here consists of a broad choice of hotels and equal number of rented apartments and chalets. Hotel quality and prices range widely but are well above average ( the rates often considerably higher than elsewhere in France).

Shoppers are greeted with the usual array of designer boutiques, sportswear, supermarkets and sundry souvenir retailers, mostly confined to the pedestrianised zone in the resort centre. Many other radiating roads are also closed to heavy traffic until late afternoon. Saturday morning market offering examples of local delicacies.

Entertainment and activities in the winter include a full range of winter-sports including the famous artificial luge (toboggan run); indoor sports centre; indoor and outdoor ice-rinks; sleigh rides. In summer, hiking, mountain biking, lake swimming and golf are all close by and popular.

By night the options are as simple or sophisticated as you wish with a host of bars, bistros and discos; casino for those feeling lucky; and a cinema. Local excursions consist of a half day trips to: Aiguille du Midi cable car (12,605 ft) to view Mont Blanc, eat at restaurant and visit ice tunnel; Montenvers railway to Mer de Glace (ice exhibitions and departure points for walking trails). Full day options include Martigny (art exhibitions); pretty lakeside town of Annecy; Geneva for shopping.