Masai Mara is “The” park of parks in Kenya. Its grass-carpeted smooth hills, the chocolate Mara river waters with frolicking hippos, as well as the rich faunal diversity, fulfill the expectations of any visitor searching the African landscapes portraited in motion pictures such as “Out of Africa” or “Mogambo”. 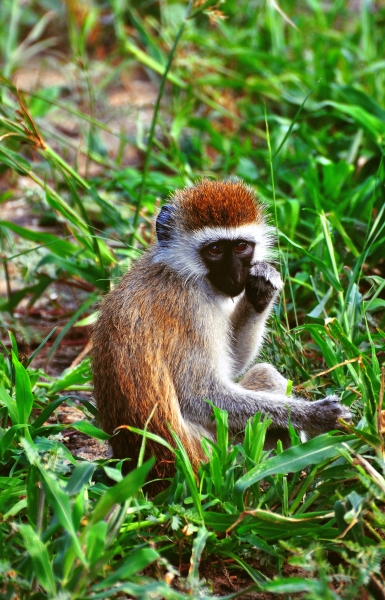 Save particular tastes or special requirements, this is the park on top of the “must” list in the country: no trip to Kenya would be complete without a visit to Masai Mara. True that it’s not the best park for birdwatching, and true that some species are not easily found.
However, leopards and rhinos abound, and with more than 450 bird species, the reserve should not be envious of Samburu or the great Kenyan bird sanctuaries. Albeit, in an area only slightly smaller than the State of Rhode Island and with a diverse and complex geography, getting lost is far easier than finding a leopard or sighting a given bird species in its multiple woods.

The reserve, gazetted in 1961, is located west of the Rift Valley and is a natural extension of the Serengeti plains, in Tanzania. The Mara river, the reserve’s backbone, traverses north to south heading for its westbound way unto lake Victoria, through the Tanzanian park. This course is the natural barrier crossed every year by the large migratory herds of wildebeests and zebras which march across the two parks.

Masai Mara’s location and altitude, above 1,500 m, yield a climate which is milder and damper than in other regions. The grassy landscape and the nutrient wealth for the great herds are mantained by the abundant rains, which here last from November through June, as a fusion of the two rain seasons (long and short) typical in other Kenya areas. Night storms are frequent. In the hills and plains, grasslands are scattered with acacia woods and bush. The riverbanks of the Mara and of the multiple tributary streams are bordered by dense riverine forests with a good chance to find some of the reserve’s bird species.

The long distance to the country’s main urban centers poses a difference that allows this reserve to keep one of the features which is becoming today an oddity in African parks: wildlife roams in complete freedom, without fences or other obstacles around. Animals make no notice of the borders drawn on the papers, not only those which split Kenya from Tanzania but the limits of the protected area as well.

The reserve is surrounded north and east by the so-called dispersal area, inhabited by the Masai but otherwise similar to the territory within the limits, with equal or even higher opportunities to spot wildlife than at the reserve itself, frequently overcrowded by tourists arriving and wandering around by car, minibus, airplane, balloon or microlight.