Paphos is probably the nicest of the major resorts on Cyprus, because it's one of the least developed and boasts arguably the best beach on the island (Coral Beach). 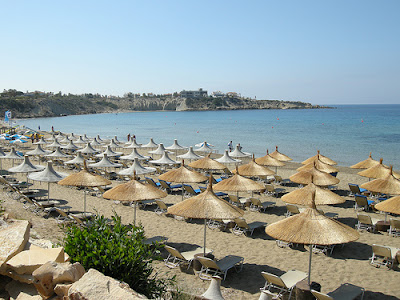 The town's relatively new international airport was built with the specific aim of increasing tourism to this part of the island, but it hasn't yet gone the way of resorts further east.
It's also culturally rich, with impressive ruins dating back to the days when this was the island's capital.

Thanks to this historic and archaeological wealth, the whole town of Paphos is on UNESCO's list of World Cultural Heritage Sites. Built on a rocky hill, the town is divided into two parts: Kato Pafos (Lower Pafos), based around the harbour, and Ano Pafos (Upper Pafos/Paphos, also known as Ktima), which is up the hill. 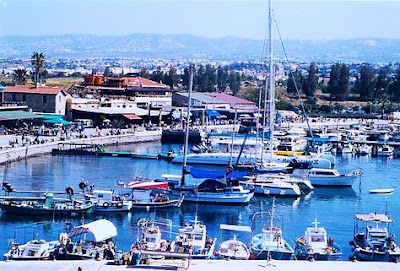 The upper town has the best shopping, but it's in the lower part of town that you'll find most of the archaeological sites and the revamped port area. The pleasant fishing harbour is full of fishing boats, tour boats and private yachts bobbing up and down, and lined with tavernas with tables down to the water's edge.

The western end of Cyprus was long regarded as a backwater, ignored by locals and tourists alike. It had a reputation for being an area of blood feuds and lawless types. Now, though, the tourist industry is booming, especially in and around Pafos, and it's not surprising - this is one of the most beautiful parts of the island. 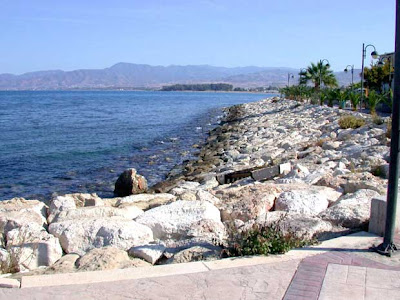 Some of Cyprus's best archaeological sites are here, along with lovely beaches (Coral Bay, north of Pafos, is one of the best on the island) and big resort hotels. Inland there are pretty, timeless villages to explore, and the region is perfect for hiking and biking.

Capital of the west and positively teeming with history is Pafos/Paphos, site of the island's second international airport. The resort town has as its focal point a charming fishing harbour by Pafos Fort, and is lined with open-air cafés and tavernas that serve a tempting menu of the day's catch. 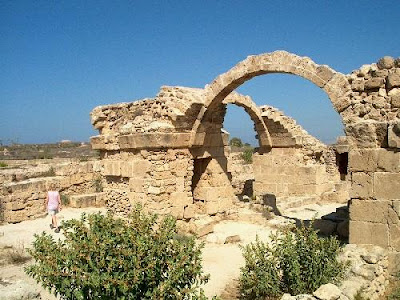 Paphos has wealth of historical attractions along with a variety of accommodation types suiting a full range of holiday makers. One of the most popular attractions to Paphos is the magnificent beach at Coral Bay.

This side of the island is more popular and suited to couples and families as opposed to the other end (Ayia Napa) that caters more for singles and busy nightlife.

Popular attractions in Paphos include:

The impressive second century Odeon , which was rediscovered in 1973, the 12th-century Saranta Kolones Castle , which was built by the Lusignans but virtually destroyed by an earthquake in 1222, the fifth-century Panagia Limeniotissa Basilica and the 13th-century Panagia Chrysopolitissa Church , where one can see St Paul's Pillar, where according to legend St Paul was flogged 29 times, are all also worth a visit for their architectural and historical importance. 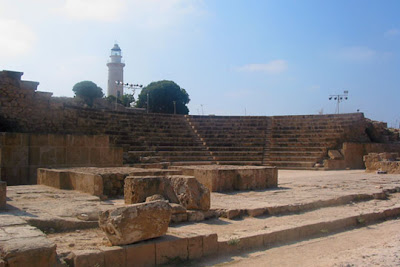 TOMBS OF THE KINGS - Spread over a vast area, these impressive underground tombs date back to the 4th century BC and are a maze of underground which actually housed the remains of high officials rather than kings. They are carved out of solid rock with some being decorated with Doric pillars. The magnificence of the tombs gave the locality its name.

THE MOSAICS OF PAFOS - House of Dionysos, House of Theseus and House of Aion. The mosaic floors of these noblemen's villas dating from the 3rd to the 5th century AD are considered among the finest in the Eastern Mediterranean. They mainly depict scenes from Greek mythology. 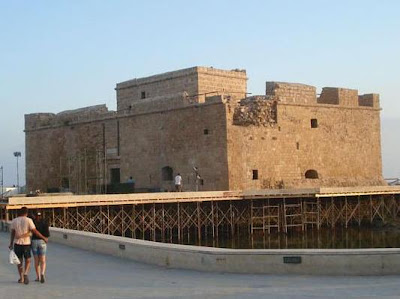 SANCTUARY OF APHRODITE - Kouklia village,14 km east of Pafos, off the Limassol road (Lemesos locally) Palaipafos (Old Pafos) was one of the most celebrated pilgrimage centres of the ancient Greek world, and once city-kingdom of Cyprus. Here stood the famous Sanctuary of Aphrodite, the most ancient remains of which date back to the 12th century BC.