Homepage>Valley of the Kings Egypt

Valley of the Kings Egypt 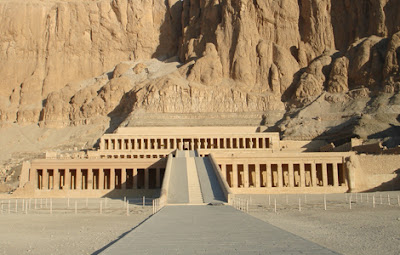 It is the East Valley which most tourists visit and in which most of the tombs of the New Kingdom Pharaohs can be found. (The West Valley has only one remote tomb open to the public, that of Ay who was Tutankhamun's successor.)

One of the dilemmas for the normal tourist is trying to decide which tombs to enter. The normal ticket permits three tombs and that will probably suffice for one visit. If you rush, you won't appreciate or remember the details of each tomb. The tomb of Tutankhamun requires a separate ticket (the mask of Tutankamun can be seen in the Cairo museum). 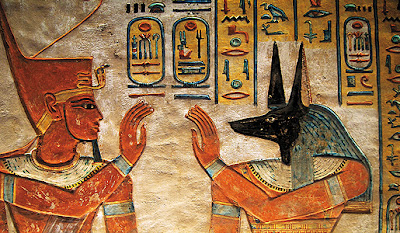 Not all tombs are open and officials occasionally close particular tombs for restoration. The style of the tombs did undergo changes throughout the New Kingdom and one should try to see examples from the span of 500 years that the Valley was in use. 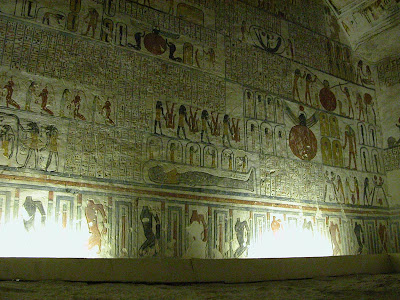 The tomb of Tuthmose III is at the far end of the East Valley and is one of the earliest in the Valley. Its burial chamber is in the shape of a cartouche (oval-shaped) and its inscriptions are interspersed with stick figures. The climb up the modern metal staircase outside and then the descent into the tomb will give you a very good physical workout - but it's worth it! 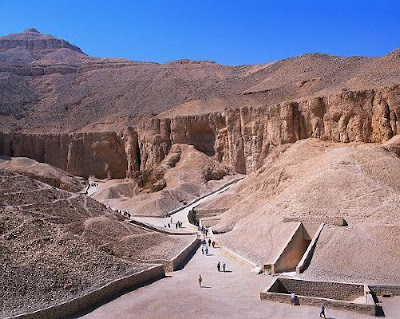 Horemheb's tomb shows a transition through to the Ramesside-style of tombs. Just a little further down the main path is the tomb of Ramesses III . While in a state of ruin deep within (the burial chamber is off limits), it is definitely worth a visit and one of the small side chambers contains the famous paintings of two blind harpists. 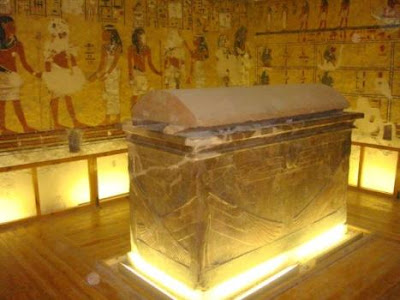 Ramesses VI's tomb has a magnificent burial chamber in which lie the broken remains of the large stone sarcophagus. Along the length of the chamber's ceiling are two images of the sky goddess Nut which depict both the swallowing and rebirth of the sun disc. 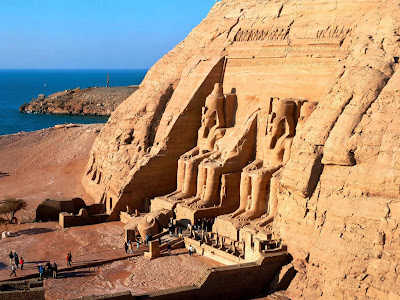 The Valley of the Kings is purely an awe-inspiring sight seeing day trip that rivals some of Egypt's other ancient attractions. Outside of sightseeing there's little else to do. However, vistors to this area only have ancient history on their mind.